A friend I speak to frequently told me the other day that talking to me kept him well-informed enough that he didn’t consume much news on his own. We both agreed that was a mixed bag because he was pretty well-informed, but also wasn’t doing the work on his own, which meant that the way he understood the world was filtered through the way I saw it.

Inherent to this conversation was one of the fundamental tensions of modern life.

On the one hand, there are more news pieces available now than there ever has been in the past.

On the other hand, it’s really hard to be well-informed today.

It’s hard to imagine that both of these can be true at the same time, much less that they go hand-in-hand, but in the past five months, I’ve spent a lot of time reading and reporting on what’s happening in the press, and I’m not sure how I could better sum up what I’ve observed.

What does it mean to be well-informed?

I’d say, at some level, we’re all informed. We know that things happened.

What we, as a community, often don’t have a good grip on is the context in which events happen. Thus, we don’t have a good fix on what things mean or how important they are. Are things commonplace or rare? Are they isolated events, portents of things to come, or representative of much larger problems?

We also don’t have a deep understanding of the events.

News articles frequently misorder events or leave them out entirely. In some cases, things that never happened or were never said are added.

The combination of these two problems can lead to someone reading an article and still being relatively uninformed about the situation.

So, here’s where I think I disagree with President Trump. I don’t think most news is “Fake News.” I believe most of what gets published is technically true.

Here’s a visual aid to help better explain what I’m getting at.

Imagine the following is a box with all relevant facts in it: 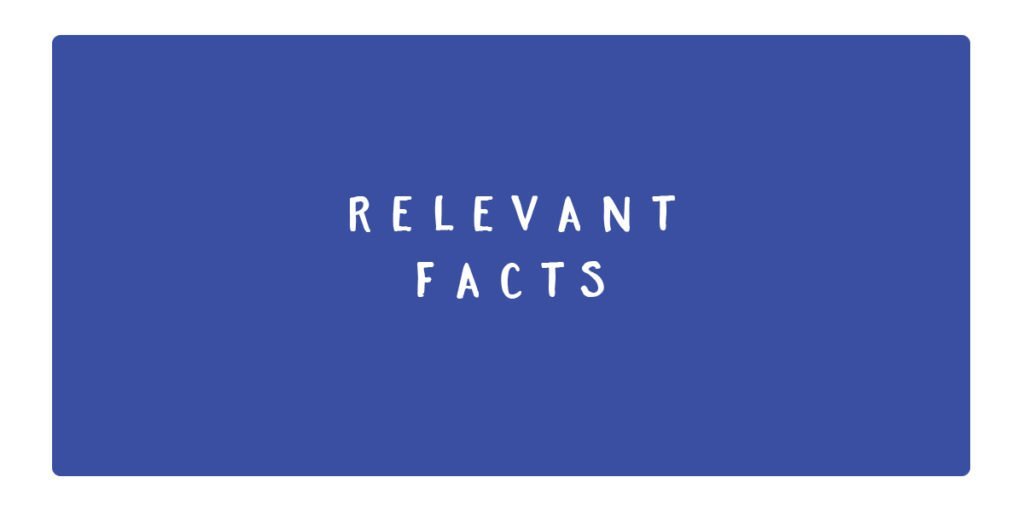 Often, when the news is released, an accounting of what was reported will look something like this: 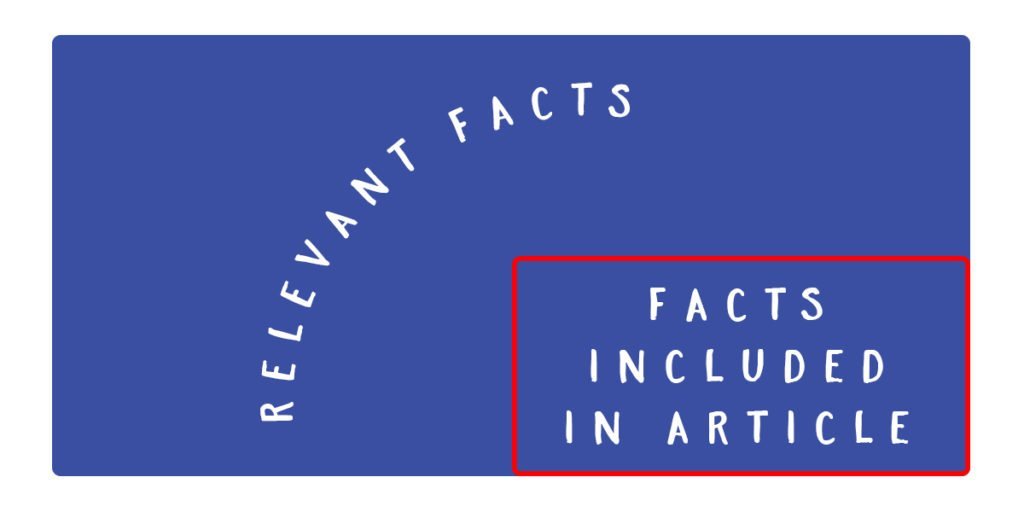 So, it’s not that what’s being said isn’t true. It’s not fake, it’s just something short of the whole truth.

I’m not saying that there’s not good journalism out there, but that more often than not, the reporting that takes place is shallow and lacks context, which means that it’s going to be misleading. Imagine trying to create policy, or even join in the public discourse, believing that you have a good idea of what has taken place, but you’ve been misled.

Well, this is America. This is the America we live in.

That’s a hard pill to swallow. And you’d be right to ask for some proof.

On this website alone, I’ve written about facts that are likely to be false, which are reported and often used as headlines.

I’ve also written about organizations that fail to accurately identify their conflicts of interest, such as Hamilton 68.

I’ve even written about journalists using major media sources as their own personal platform to push their views.

In recent days, the public has discovered that a reporter that has worked for Buzzfeed, Politico, and The New York Times, informed her editors that she was sleeping with one of her sources, and those same editors did nothing. Beyond just being a conflict of interest, this is a huge ethical breach.

Now, it’s impossible for me to know how much each of these problems occurs. However, if it happens at all, it happens too much, and the frequency at which it happens suggests it may happen more often than the public is aware.

The real question is why.

I think part of it has to do with the pressures of the Internet.

There’s a huge reward for being first, which means that articles often go out half-cooked and are later updated for accuracy.

There are also moderate rewards for just showing up for popular topics, meaning that many news outlets will rewrite the first article into a new article that contains all the same facts, meaning that inaccuracies in the first will quickly spread across the web.

I remember back in college that a professor told a journalism class that the industry responded to the 2008 financial crisis by laying off or offering early retirement to older professionals who worked in news, television or radio, in favor of cheaper college graduates who could do all three.

A likely consequence of this is that the wisdom that comes with experience is less common in the field than it was a decade ago. There’s no one who can push back against bad ideas born of youthfulness on the basis of lived experience.

It also appears that there’s a general lack of ideological diversity in most major news organizations. There’s no one to push back against political gameplaying.

Finally, it’s possible that Watergate has made the media a bit arrogant. Watergate was a shining moment for the media.

But the fact that the media has responded largely with indignation to being called “fake,” whether or not the term is completely accurate, suggests that they are oblivious to or completely unwilling to grabble with their own shortcomings.

It’s ironic because they cast themselves as the group that watches the government and helps keep it on the straight and narrow.

It’s interesting that the moment Elon Musk suggests that the media needs a watchdog of its own, he receives a ton of negative press.