The Legend of the Twelve Keys: A Lost Quest

The Legend of the Twelve Keys: A Lost Quest

One of my secret wishes is to have been born back when the map had not yet been filled in. Sometimes I feel the call to adventure, but there’s a lack of opportunity in the modern world. It’s hard to be first to anything these days without seriously diminishing the significance of the achievement.1

So, when a friend told me about The Secret, I got really excited.

As James Renner puts it, The Secret is “[t]he quest to find 12 hidden treasures from a 1982 treasure hunt book.”

Let me back up.

This story really begins with a man named Byron Preiss. He liked treasure hunts, so he decided to create his own. He bought 12 gems, worth roughly $800 each at the time and entrusted them to his publisher. He then placed 12 keys, one for each gem, in individual ceramic chests in different cities around North America. The keys could be exchanged for the gem to which they corresponded.

Preiss created a book, titled The Secret, which contained verses and paintings that served as clues to where the chests were hidden.

Take a look and see if you can figure it out for yourself: 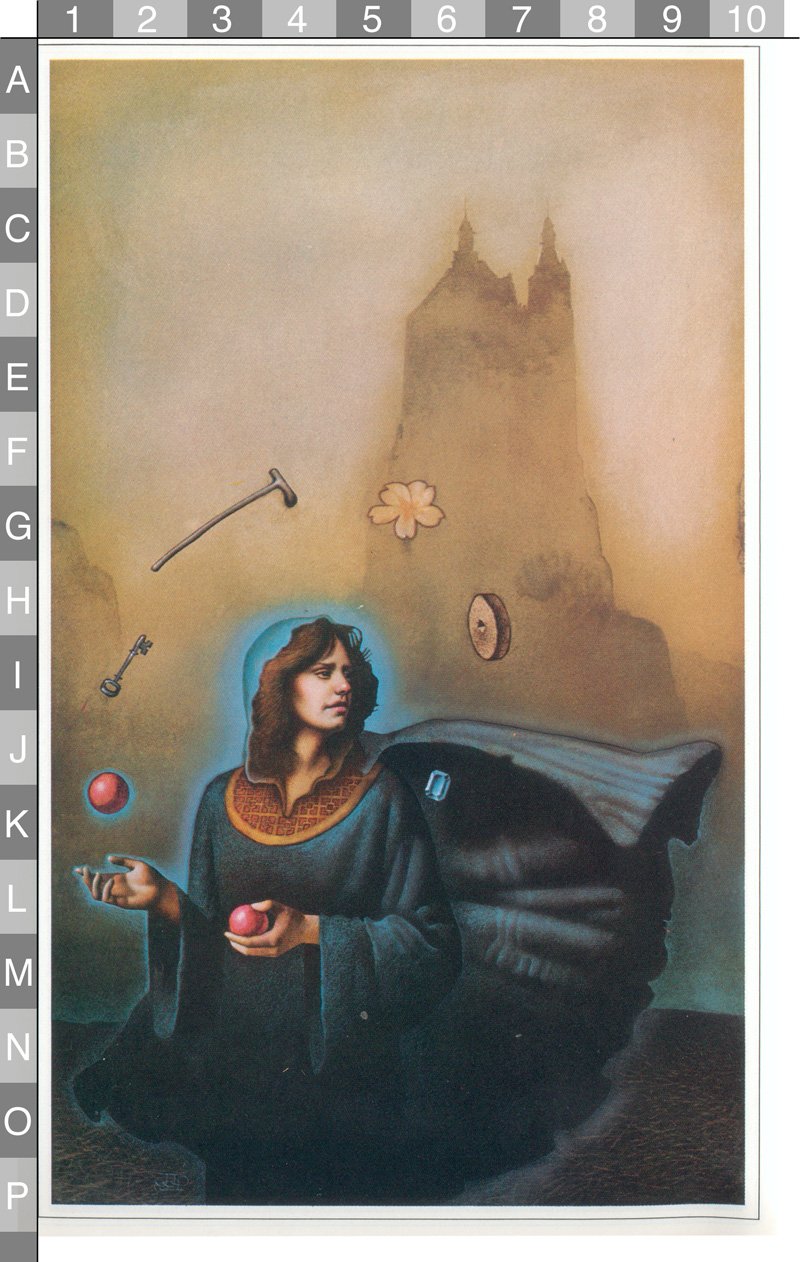 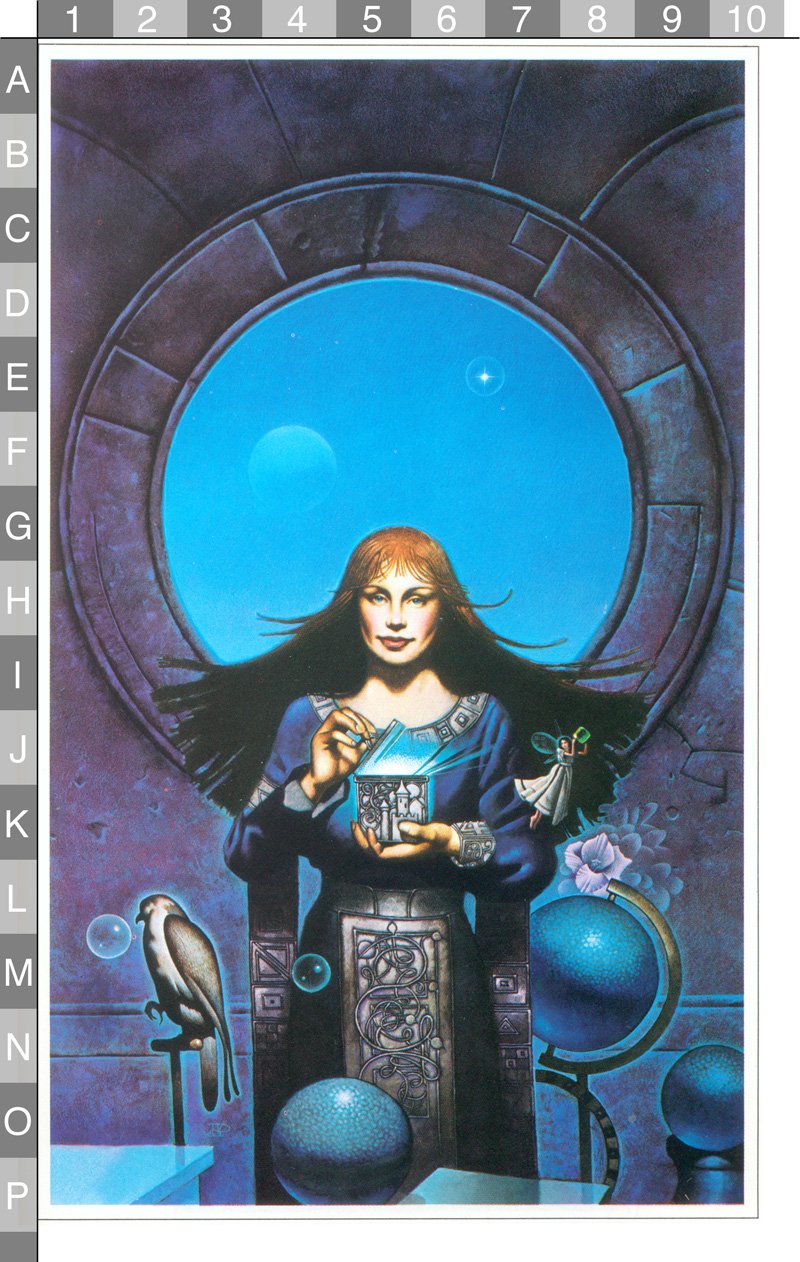 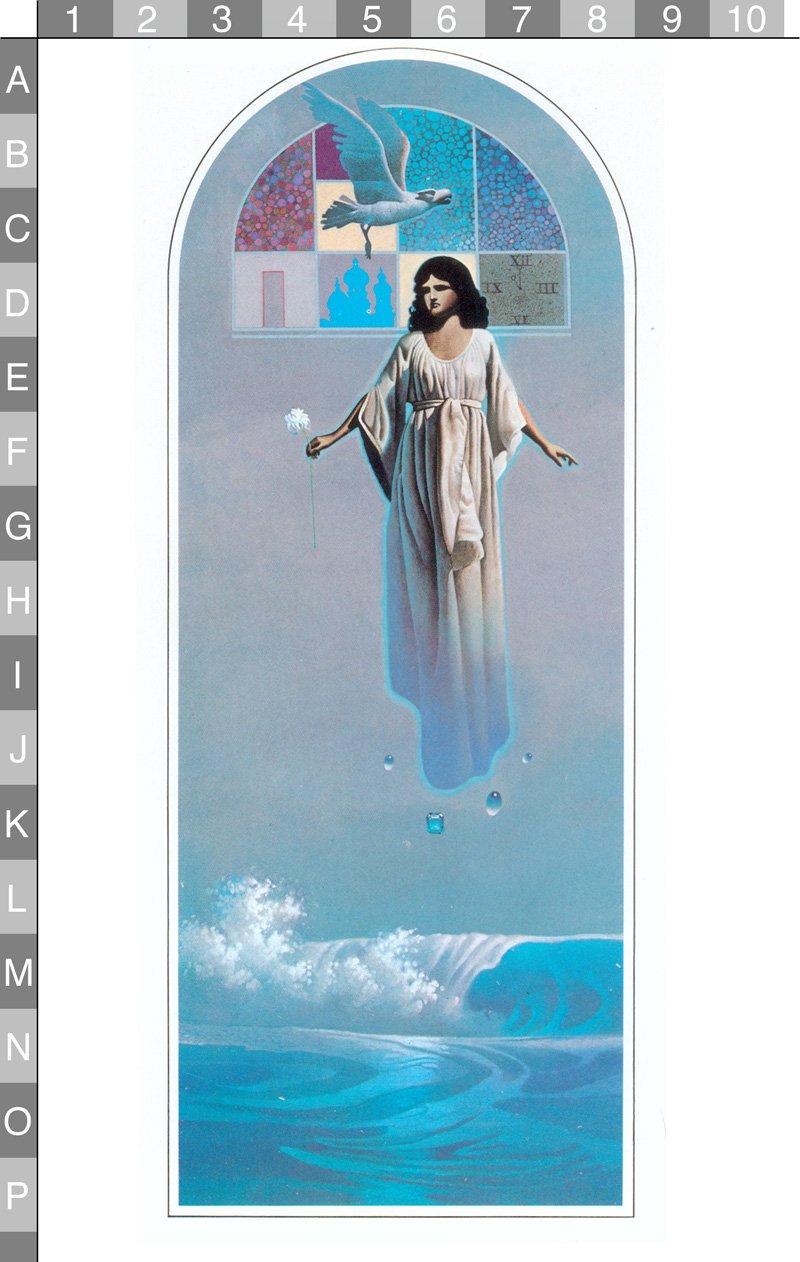 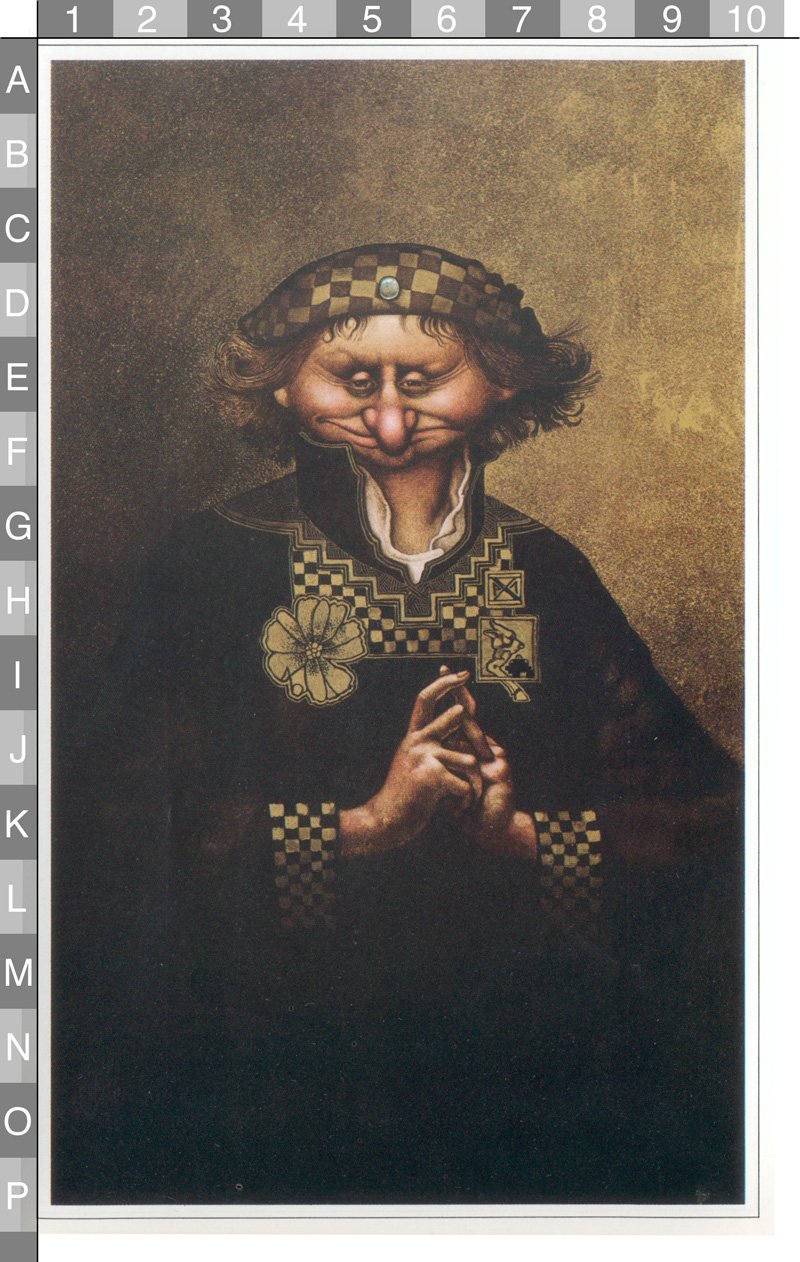 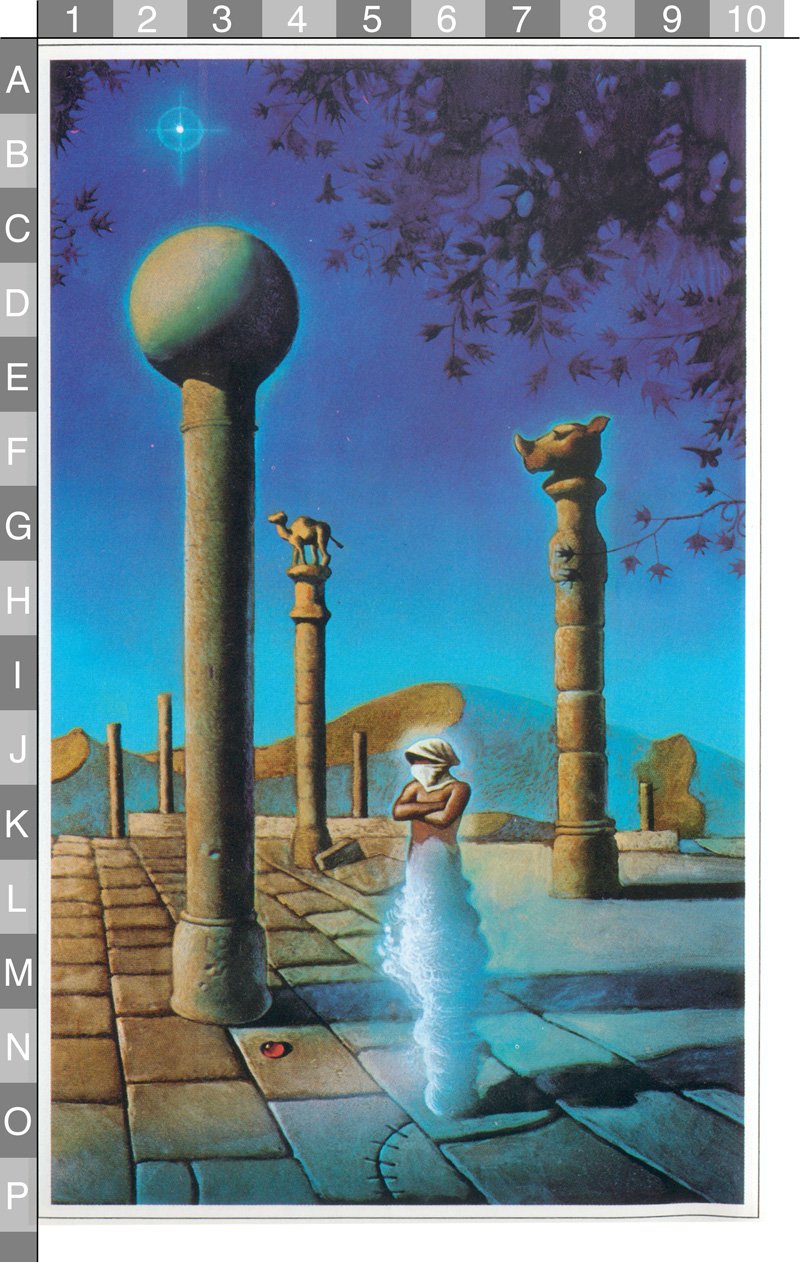 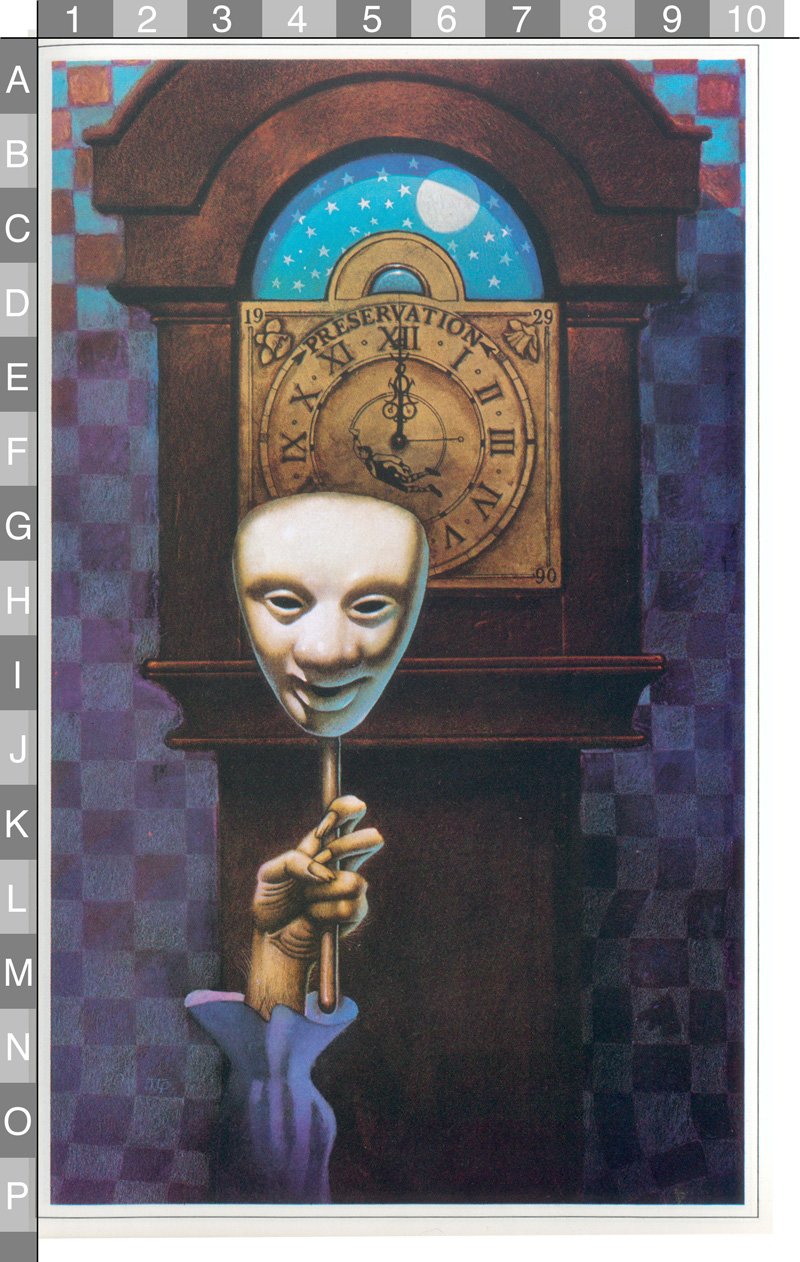 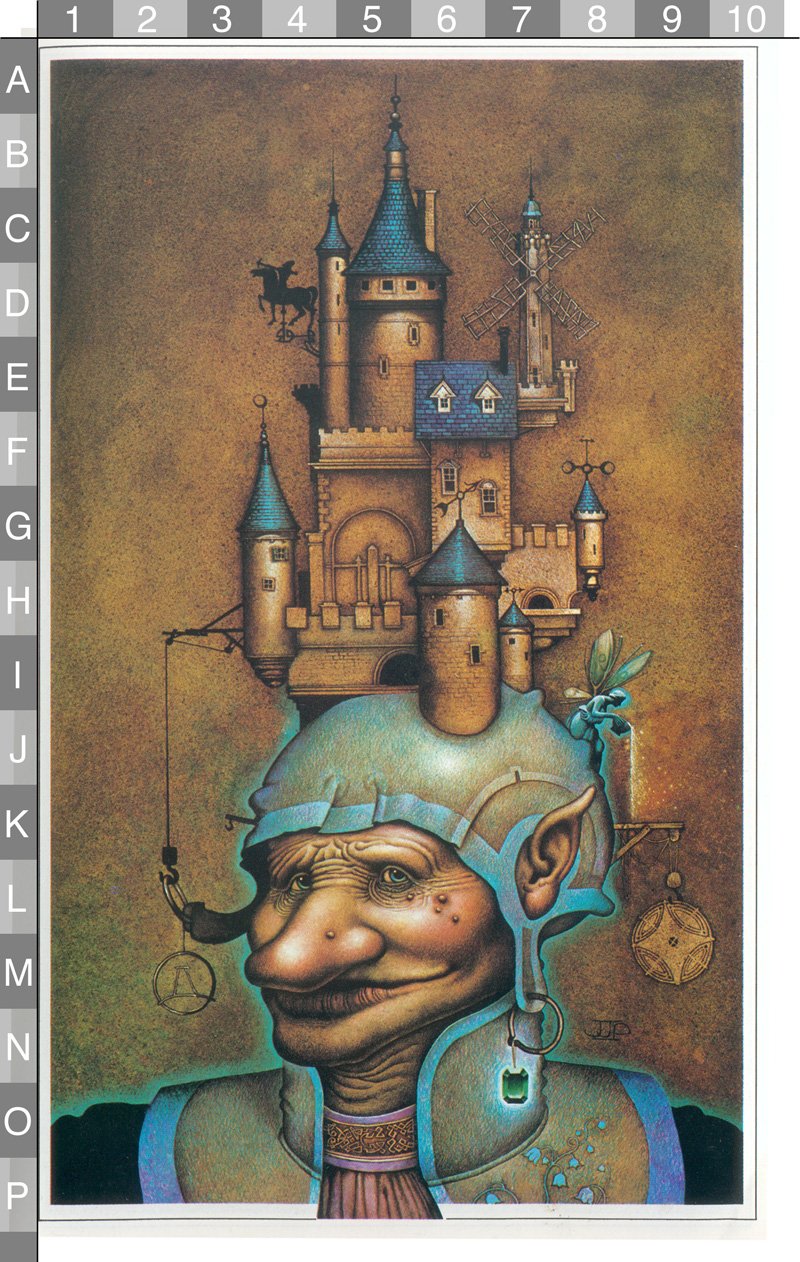 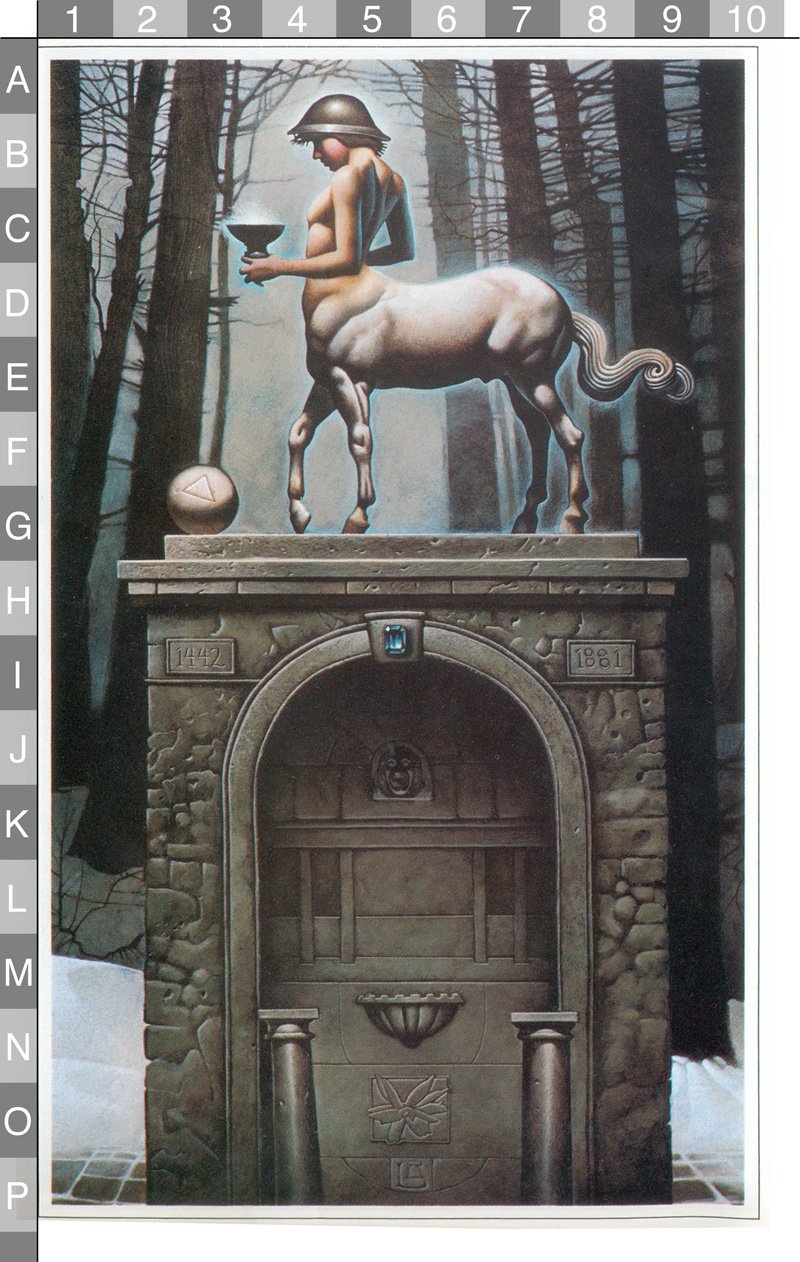 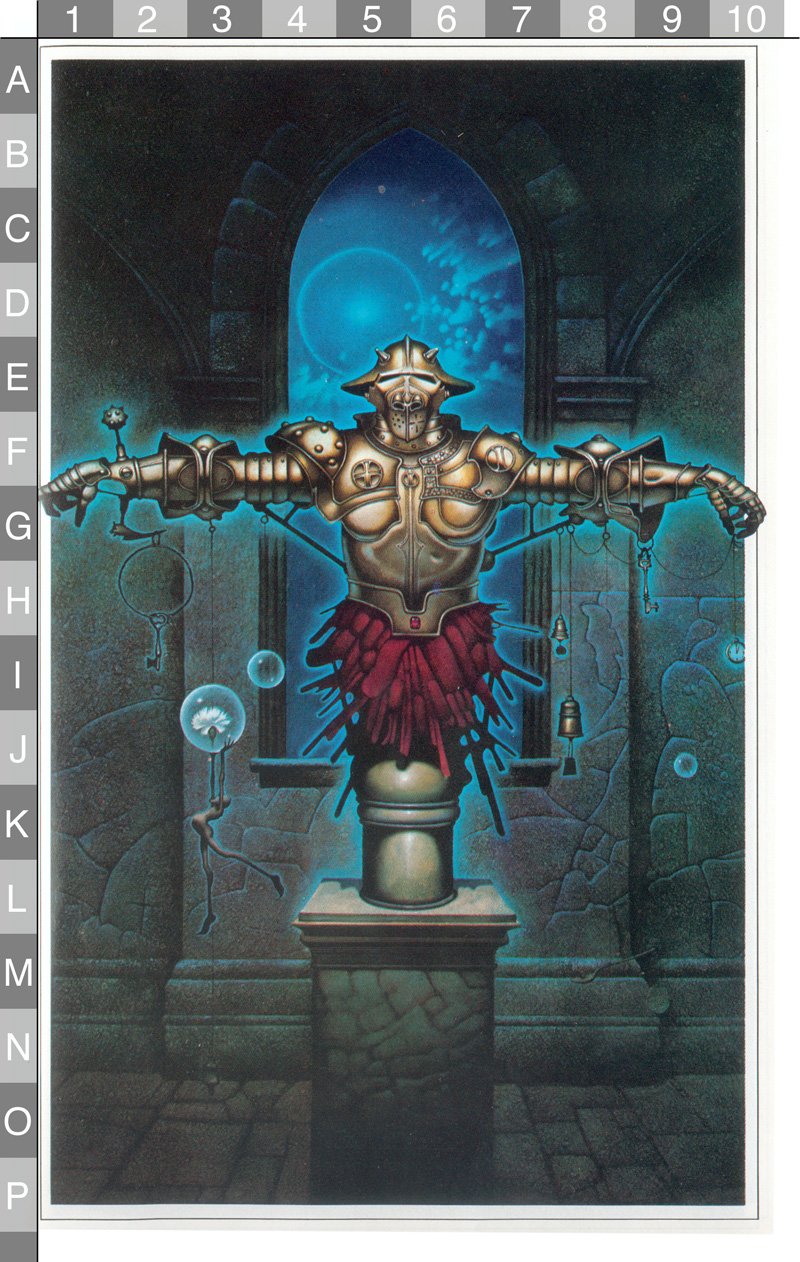 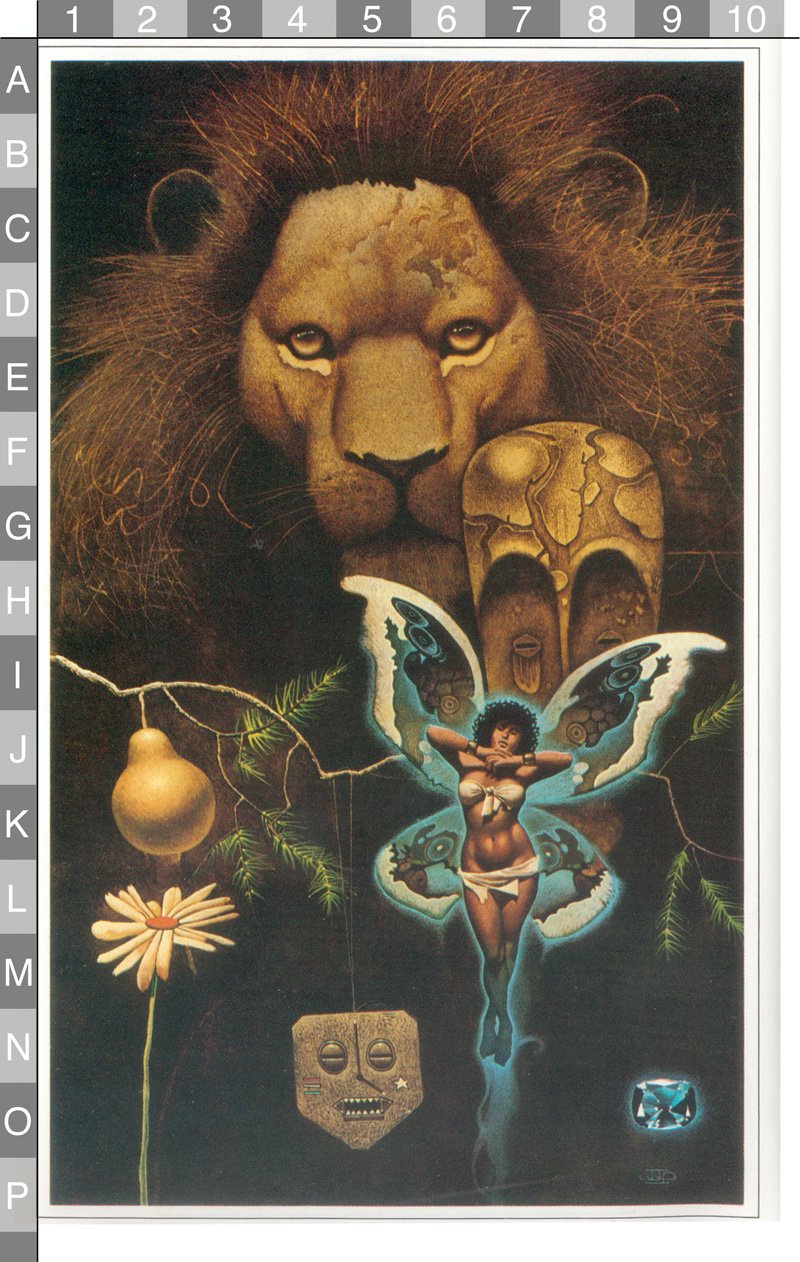 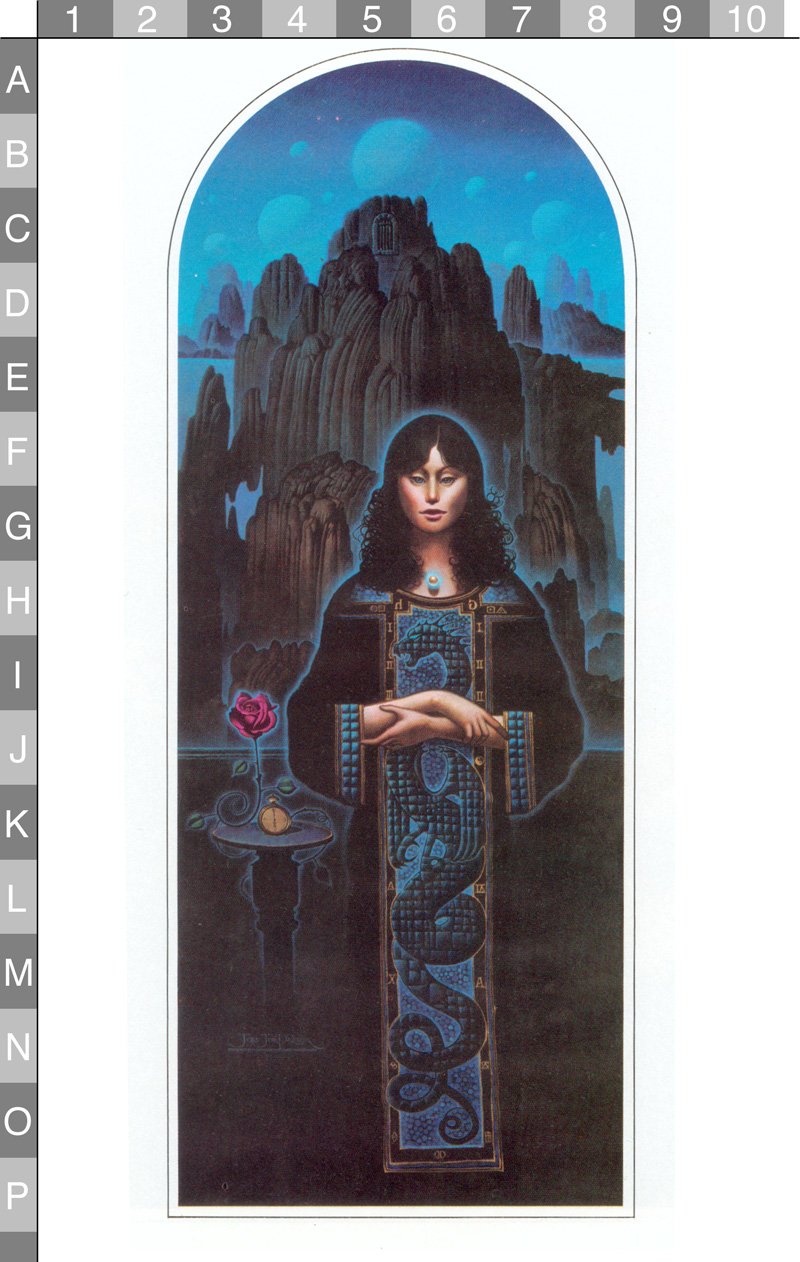 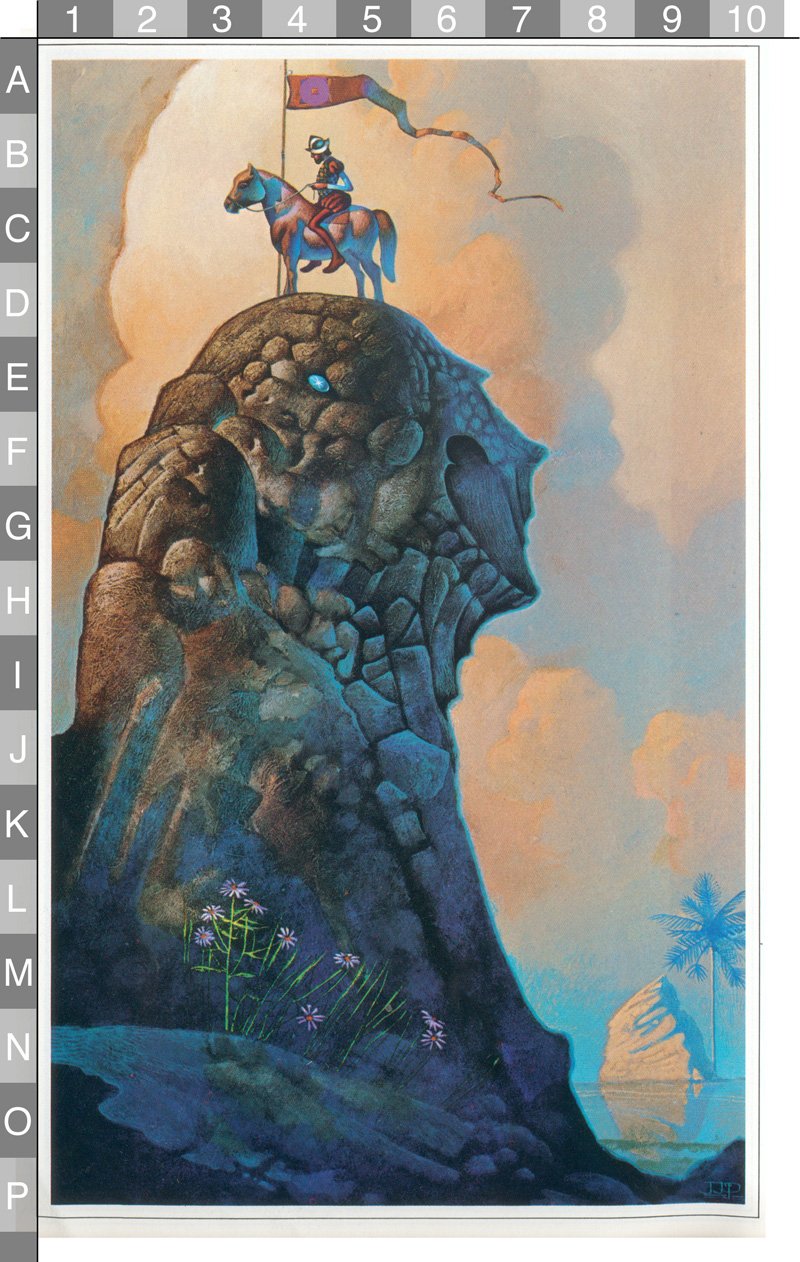 So, have you solved them?2

Well, don’t feel bad if you haven’t. There were also 12 verses that had to be paired with each of the pictures in order to reveal the location of the chest.

You would think with the power of collaboration over the Internet that all of the chests would have been found by now. After all, the chests were buried, and the clue book published in 1982.

And yet, only two of the twelve have been found. In 1983/4 (sources vary), a chest was discovered in Chicago. And in 2004, a chest was found in Cleveland by two people who posted on Quest4Treasure, a forum dedicated to solving multiple different treasure hunts.

What this means is that 10 of the chests are still out there for the taking.

But the quest is getting harder.

It’s been roughly 36 years since the chests were buried. And since it appears that Preiss buried most of the chests in public parks so that they would be publicly accessible, the clues are slowly getting destroyed. Public parks are often remodeled and re-landscaped to keep them pristine. This can wreak havoc on clue interpretation.

For example, while Internet sleuths have a likely solution for one of the chests in Hermann Park in Houston, Texas, a copse of four trees vital to the interpretation of the clues has since been reduced to a single tree. Likewise, a miniature railroad that was used as a clue has since had its track moved, and a train exhibit that served as a guidepost has since been removed from the park completely.

The march of time is working against any potential sleuths.

In fact, some of the chests may already have been lost.

One of the chests is rumored to be in New Orleans, and it is possible that the destruction caused by Hurricane Katrina modified the landscape to the point where following the clues will be impossible. A suspected chest in New York may still be recoverable after a tree marking a possible burial site survived Hurricane Sandy.

However, there’s no guarantee that things will remain this way in the future. Inadvertent destruction of clues, whether by man or by nature, continues to this day. And while it would be wrong to rule out the eventual discovery of all the chests, it’s a feat that gets harder as time passes.

That being said, you shouldn’t run out and grab your shovel just yet.

There are a lot of “good” interpretations of the riddles and paintings that people have tried to dig on that haven’t been right. Because the chests are often buried in public parks, digging permits are required, which people often fail to get. Many diggers have had the police called on them, which not only ends their quest but also damages relationships with the people who could potentially grant the digging permits.

If the sleuthing community destroys its relationships with those who can help them do things right, then the final recovery may become legally impossible.

So, if you want to help solve the mystery, what should you do?

Read the forums, read the riddles and stare at the paintings. A lot of thought has gone into it, but clearly, all of the locations have not yet been determined correctly. If you live near the potential sites in Houston, New York, Boston, Montreal, New Orleans, St. Augustine, Roanoke Island, Charleston, or San Francisco, visit the site, take pictures, and post them online.

Many of the online searchers rely on Google Maps, Earth, and Streetview as they puzzle out the clues, but while reading online while prepping for this article, I noticed that many people thought they had solved the puzzle, only to visit the location in person and realize that it looked nothing like they thought it had from above.

Will the remaining ten gems eventually be found?

It’s hard to say. It’s easy to write off the New Orleans gems as lost. Additionally, I’ve seen it suggested that some of the gems might already have been found, but the find not reported. I believe that since the value of the gem is relatively small and that the costs of finding it might actually exceed its value. The real value seems to be in the pride and accomplishment gained from solving the riddle, rather than in the price of the gem. Consequently, I would think people would trumpet their find far and wide, but I concede that it’s possible that they wouldn’t do so.

Maybe adventure and discovery really are dead. Or maybe, just maybe, there’s a chest with a key in it sitting in a park not too far from where you live, waiting on the right person to come along, find the clues, and dig it up.